It happens often enough: I meet a nice lady in the line at Costco who asks me what the stubby orange flying rhinoceros is on my jacket. I say it’s a Raggant. Puzzled look. I quickly explain it’s our school mascot, a fictional creature from the book series 100 Cupboards by N.D. Wilson. By-passing most of that explanation, the lady has identified I am a teacher, and so she asks where: at ECS. Typically, between the evasive “evangel” portion (which at least sounds slightly familiar), and “classical,” she chooses the next ever-popular question, “Classical? What does that mean?”

I now have around six years’ experience answering this question, and have rarely done so well (or quickly, as at this point that cashier has rung through my mountain of provisions, the debit machine is beeping, and one of my children has to use the potty). I have learned to employ an analogy, which may be helpful to you in future shopping excursions, but will hopefully also aid in explaining why we teach Rhetoric proper at ECS. 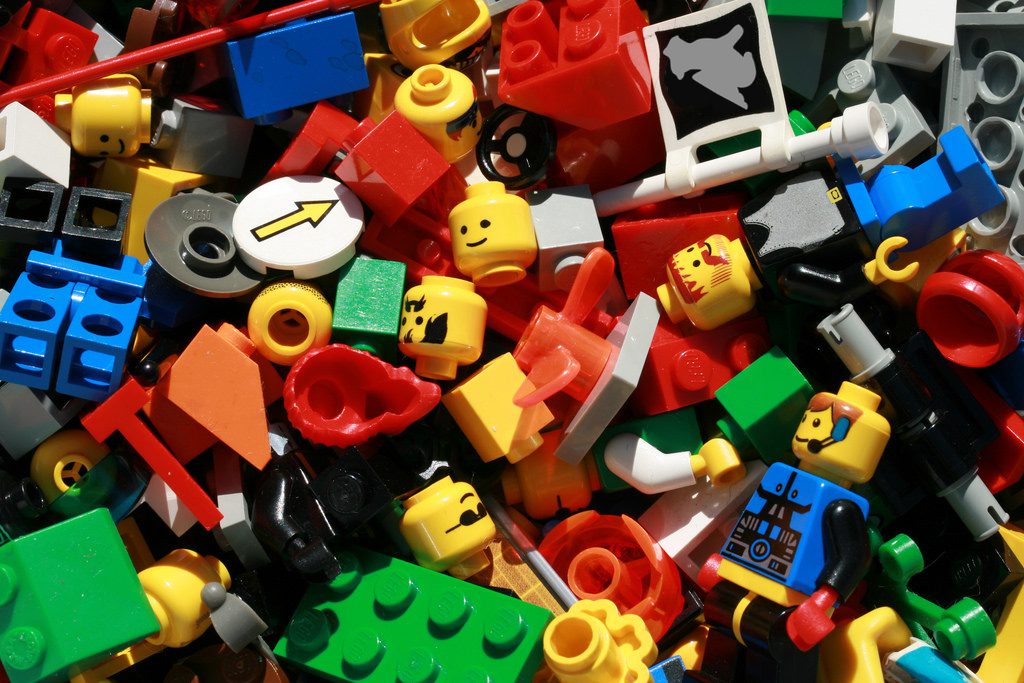 Classical Education is like Legos. In the Grammar stage, about Kindergarten to sixth grade, the students are learning the basics of all the subjects: the colors of the Legos, shapes, how many dots are on the top of each one, how those fit together, and how to add and subtract them when constructing large towers. You start to give them rudimentary instruction manuals as they progress, and they begin to assemble the pieces into forms, putting together buildings or cars, like writing a paragraph or completing a math equation. Then, they progress to the Logic stage in late sixth to about ninth grade. Here we hand them the advanced manuals, and start studying why these Legos work the way they do and introduce strange new things, like hinges and motors and mini-figures that can act upon the stage of these large Lego worlds and do odd things like fight entire wars over one pretty girl-figure with nice hair. We hand them some Lego creations to disassemble and reconstruct. They may begin debating with each other the best way to construct a Lego colony. The final stage is the Rhetoric stage. This is the Master Builder stage, where we take everything they have learned in the previous two stages and tell them: Build. Build excellently, beautifully, and truthfully in a way that matters to The Master Builder and changes the world.

Rhetoric is the capstone of Classical Education. It is what everything in the early stages of your child’s education is building towards. That said, actually defining Rhetoric is tricky. It is a bad buzz word in political circles; it is a subject; it is field of study; it is a stage of development. And, ironically, definitions vary widely. Aristotle defined Rhetoric as “the faculty of observing, in any given case, the available means of Persuasion”; Plato defined it as, “the art of enchanting the soul”; ECS’ composite working definition of Rhetoric is “the art of a virtuous man writing or speaking well.”

Students work on all three of these elements through their early years at ECS, from needing to rise from their seats to give an answer in class, to the Character Evaluations before them on every quarter’s Report Card, to Art and Music classes. The Progymnasmata exercises which students are completing in their Writing & Rhetoric texts (pro meaning “early” and gym meaning “exercise,” so early writing exercises) are a critical part in all of this, giving students foundational ways of writing about and processing the world. Thus, they will have actually studied and gained the skills of Rhetoric before they ever reach upper-Secondary.

But Rhetoric class is an essential time of special training which takes every tool in the tool-bag and uses it in new and creative ways. We start with studying virtue, personality, and identity: How are you formed? How do you, as you have been crafted, now craft to God’s glory? Who is the person next to you; how do you know; how do you show him Christ’s love? Next we move into the study of Rhetoric proper, types, and how to present it all well. Logic? You can deploy that in a Rebuttal paragraph to disarm your opponent, and even turn his own arguments against him. Diagramming sentences? To go now boldly and split infinitives, or start stacking substantive alliterations, or use cliches wisely; it’s all up for grabs. We practice through many different forms, employing impromptus, writing speeches, reading books, and discussing it all.

The end goal is, as Rebekah Merkle says in Classical Me, Classical Thee, to make each student “a leader…someone who is compelling enough that others want to follow…the skills you are learning in rhetoric are actually all about beauty, about expression, about learning to articulate clearly and communicate precisely in order that truth will be desirable to the hearer.” This is one of the final classes our arrows experience; it is their target-practice. They fly, they miss; they sometimes hit the wrong targets in the wrong ways. But with each flight they learn the warp and woof of their own making, they learn more of their Maker, and hopefully by the time they are notched into the bow and make their final flight from ECS on graduation day, they will fly uniquely straight, strong, beautiful, and true.