The following notes are from the address Mr. Higgins gave at the recent Fundraising Feast. 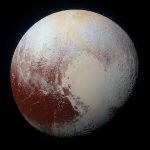 Oxford defines gravity as “the force that attracts a body towards the centre of the earth, or towards any other physical body having mass.” Isaac Newton calculated the movements of planets based on their masses and the distance between their centers. Albert Einstein argued his theory of general relativity that the curvature of spacetime accounts for the direction and momentum of free-falling objects. Scientists have measured gravity grasping objects toward the center of the earth at a rate of 9.8 meters per second squared. These all involve observations and formulas and theories, and maybe a stopwatch, but none of them demonstrate what gravity does better than dropping a bowling ball out of a three story window.

Evangel Classical School is not large but, by God’s grace, we have a little bit of gravitational attraction. This isn’t scientific or philosophical speculation, it is something that can be seen. It is also a reason to give thanks to God and something to ask God to bless even more.

The journal app I use recently showed me an “On This Day” entry from four days before our school’s first Information Night in April of 2012. I had written the following:

With just a few days to go before the announcement meeting for ECS, a fall start with our current plans seems less likely than ever. There are only a few families who seem excited about the idea, and even fewer who seem committed to the work it requires.

Five years later ECS has almost 60 students, a modest number for sure, yet that is close to a 500% increase from the 12 we had day one, and it’s manifestly more than none. We have a headmaster, three full-time teachers, and a troop of part-timers. We have textbooks and literature books and hula-hoops and footballs and tables and chairs and whiteboards as well, but those things are only as weighty as the people who wield them. Our people give the school gravity, and the gravity is growing.

There are other words for it, too: energy, buzz, traction, momentum. But I prefer the image of gravity, where mass and energy become an attractive force.

You’ve seen it at work before. Some individuals have a personal gravity; they can’t help but draw a crowd. Organizations can have gravity. There is a kind of pull that not only works to increase the numbers, it also works to change the attitude of the group itself.

In one of my classes this year I noticed a crippling lack of interest and effort from most of the students. Teaching felt like sweeping water uphill with a broom without bristles. But more than a month ago one of the students started to work. Her parents had come alongside of her and encouraged her, and she took to it. In just a couple days of class, her eager participation and obvious effort turned the tone of the entire class around. She didn’t stand up on her chair and exhort the other students to get with it. As far as I know she didn’t track them down between classes and threaten them if they didn’t work harder. She changed the culture of the classroom by her happy diligence. That’s gravity.

The whole school has a type of gravity to it. Not everyone is won by the gravity, but many are.

We start every morning of school at school with Matins. We say the Pledge of Allegiance, we say the Apostles’ Creed, and we sing a song from the Cantus. I’ve found it almost impossible to get through the entire 5-7 minute mini-meeting and keep a good grip on my grumpiness. I’m reminded that I’m a part of a group of 70ish people—students and staff and some of the parents who are still around at that point—who are committed to loving our neighbors as we express our belief in and love for God. Mr. Sarr is always ready to lead us joyfully, and that joy of being together and getting ready to work for the Lord pulls us further up and further in. That’s gravity.

It is a question we ask when considering whether or not to accept a new student. If the student (and his family) are not quite aligned with us, but still interested, do we have enough gravity to pull them in, or will they knock us off track?

We’ve seen a phenomenon with our end of year evaluation tests. We give spelling tests that include words a grade level or two above where the students are to see if they can take their understanding of phonograms and other rules they’ve learned to make educated guesses. There are two types of students: those who get upset, if not break down in tears, because they don’t know, and those who know that they don’t know but are totally up for the challenge. The ones who are up for the challenge—which is different than knowing how to spell everything correctly—are consistently the students who’ve been at ECS for more than a year, who’ve seen others around them joyfully trying things they might not succeed at. That’s gravity.

What is it that causes this kind of cultural gravity to grow? What is happening at ECS that God is blessing?

Jesus told His disciples, “I, when I am lifted up from the earth, will draw all people to myself” (John 12:32), which was a reference to the kind of death he was going to die (verse 33). The cross was the purchase point of salvation, it is also the sun around which the eternal life of every believer revolves. And the author of Hebrews said about Jesus, “for the joy that was set before him [He] endured the cross” (Hebrews 12:2). His life wasn’t taken, He spent it without resentment. I think we could summarize the principle as follows: by God’s grace there is great gravity around glad sacrifice.

Both the glad and the sacrifice are required. Gladness without sacrifice may still be gladness, but it will probably be light. Dandelion seeds are playful in the breeze, but not much of a draw. Sacrifice without gladness may still have an effect, but it’s demanding, or done with a heavy stink. This is the Thanksgiving hostess terrorist, holding her guests hostage until they see and acknowledge all the work she did. Who wants to be around that? Who can sustain sacrifices like that? None is attracted to this, no, not one.

Glad sacrifices are a product and picture of the gospel, this is the Evangel.

We pray for God’s Spirit to make us glad in giving up our lives and He has given great grace for this so far. Mr. Sarr sets the mead hall tone that makes Grendel’s mom mad, the Board is on board the joy train, the teachers embody the war of laughter day by day, especially those on the “Full Time Team.” Mr. Bowers makes science lovers in one hour a week because he loves biomes (and everything else in creation). Mrs. Hall never walks a lap around the parking lot—and she makes a lot of laps—alone. Mrs. Bowers collects kindergartners around her desk and contrarians around her discussion. Because we live in the world God made, the world God loved so much that He gave His Son for, those who make glad sacrifices can’t help but draw others in. It doesn’t draw everyone in, but it is picking up size and speed.

We hope to add 18 students to our total number for next year. This would enable us to hire (and pay) another full-time teacher. Why not two more, or three? The people are the most important piece of the gravity, but how great would it also be to have a playground, a field, facilities that show off what we’re doing? We can’t do that yet, and that’s fine, but you could help us get to a spot where others want in. That’s gravity that comes from glad sacrifice.

If it seems too smug to talk about our not-quite-five-year old gravity status, as if we’re the Pluto of wanna-be planets, I’d say these things. First, we’re not too smug to quit working. In his book Orthodoxy, G. K. Chesterton wrote,

We know we must excel still more in laughing and laboring. Second, we’re not too smug to invite others such as yourselves to join us or to ask you to help. That’s part of why we’re here tonight.

And third, we’re not too smug to feast in thanks to God. That’s the other reason for this evening.