This note from Unruly Headmaster, a.k.a., Mr. Sarr was included in the Raggant Standard from June 7, 2017.

When a child is born, we give him a name. A first name. A Christian name. There’s usually a story behind this naming, and it tells a little bit about what he’ll be born into. But unlike his surname, his last name tells where he came from. There are generations of stories in a last name. Crane. Walker. Marlatt. Higgins. Harsh. Stories.

How tragic would it be to divest children of their last names? To do so would be a step toward making them placeless, sons of nobody. Or at least acting like it.

How can we know who we really are if we don’t know where we’ve come from? How can we know why we think as we do without knowing who has influenced our thinking? And who influenced them? And what did they write? Modern American children are becoming less and less capable of answering these questions, and their teachers and parents are only a little better off. I embody this bitter indictment, but I’ve repented, and I’m trying to learn…that I may have something to pass on to my children.

Culture is a baton, and the point of education should be to pass that baton to the next generation. We ought to be training our kids to receive that baton in full stride and run faster and farther than we have. The operating assumption of classical educators has been that the culture-carrying tools are the liberal arts, including the Trivium (Grammar, Dialectic and Rhetoric) and the Quadrivium (Astronomy, Arithmetic, Geometry and Music). If students have these tools, they are not only becoming competent culture carriers, they’re equipped to learn just about anything they want.

Additionally, classical educators believe that passing on culture is impossible without the inculcation of virtue in the pupil. With the advent of the Scripture we have an objective and consistent authority when it comes to virtue training. We can trace the influence of the gospel from Jerusalem to our doorstep as our forebears have carried the baton to us. 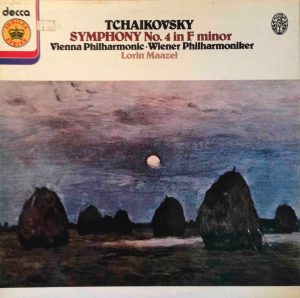 Meanwhile, our culture not only pretends there is no baton, we cut off the feet of the next set of runners. So even if we do hand them something glorious like Paradise Lost or Tchaikovksy’s Symphony No. 4 in F Minor (a personal favorite of mine), they have no idea what to do with it. They think it’s not worth the effort it takes to appreciate it, so they opt for choose-your-own-adventure novels and Taylor Swift.

There are a number of strategies that our culture is using to divest our children of their heritage. Some are more subtle than others:

Conversely, at ECS we want our students to know and love their heritage…not because it’s perfect, but because it’s a gift, and it’s ours. We didn’t ask for it, but it has produced us, and that’s worth learning about. Like having a last name.

Many of you are trying to make educational decisions for your children for next year and beyond. And when you do, it’s important to ask a number of big questions (since this is a big decision). Look your child’s teacher (or principal) in the eye and ask these sort of things:

There is a wealth of presuppositions behind the answer to each of these questions, and conscientious parents should care about all of them. May God grant us wisdom as we prepare to pass the baton.