I gave the following address at our Convocation on the first day of school.

I had a roommate in college who loved to play SimCity. Even though I’ve never been a huge video game sort of guy, he let me play every so often and it was strangely fascinating. At that time, SimCity was a fairly new game without the niche variations available today.

“Sim” in SimCity stands for “simulation.” It means to imitate or make a computer model of something. The goal of the game is to build a thriving city, keeping digital citizens happy and maintaining a stable budget. You, as mayor, start with a given amount of capital and you choose where and what to build. You need transportation (roads, railroads, airports), power companies, stores, schools, and homes for all the people. As the population grows, you also need an adequate amount of police stations and hospitals to keep people safe and healthy. Even in the two-dimensional world, without the complexities of personalities, it gave a bit of appreciate for the challenges of setting up a society. 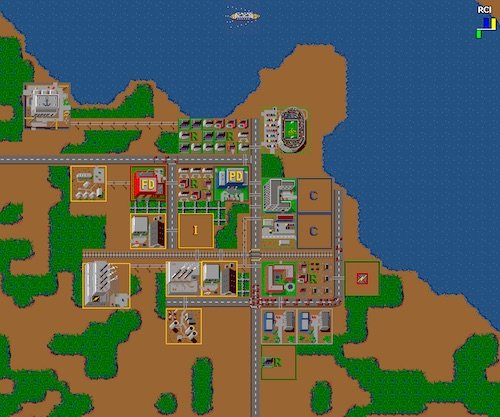 Unlike SimCity we live in the world where your thumb hurts if you hit it with a hammer, not because you smashed the controller buttons too many times. Here there are life and death consequences without a reset or reboot. Even more unlike SimCity, we are not the architects of humanity, we’re not city mayors or presidents, and certainly we are not God. We do not get to make all the decisions even if we thought we knew all the ways to guarantee a glorious future.

However, even though we don’t get to be the boss, we are all called to build. We don’t get to start with a full back account and open fields, but we do get to invent and design and fix and remodel and renovate. We are cultural construction workers. We’re not building in order to make it nice for Jesus when He returns. We’re building because this is what Jesus made us to do.

As we start our fourth year of Evangel Classical School, I want to remind us who we are, what we’re trying to do, what we’re up against, and why we work hard with humility and laughter.

You are the imago Dei, the image of God. Each one of you, students, parents, and teachers are mirrors of God Himself. God revealed our reflective nature in the story of creation. According to Genesis 1 He made a world for men and then He made men to be makers in the world. Dorothy Sayers wrote the following in her book, The Mind of the Maker:

[W]hen we turn back to see what he says about the original upon which the “image” of God was modeled, we find only the single assertion, “God created.” The characteristic common to God and man is apparently that: the desire and the ability to make things.

The reason you color, cut and paste, write and paint, sing and dance, is because the creative impulse beats in your chest. At some point drawings are not only art for the front of the refrigerator, they become blueprints for better refrigerators. You cut paper made from trees and later you cut trees to make paper. You sing tenor in the school choir and then someday you give your report on the city council; both are better when you contribute your part.

God told Adam and Eve to be fruitful and multiply and fill the earth and subdue it and take dominion. What He had made was great and yet He wanted them to make more great things. God made little makers with minds and hands. You bear God’s creative glory as you create.

ECS exists to equip and encourage culture creators, or at least culture contributors. It takes faith to see how a kindergartner chanting phonogram jingles could one day write a novel that shapes the thinking of generations better than Virgil’s Aeneid. But phonemes become graphemes via penmanship which turns into published books. You will learn names and dates and places, not only so that you can rule at Trivial Pursuit (which you could), or even so that you can be thankful for the good foundation we stand on (which you should), but also so that you would want to do your part in these days in this place.

Not only can we honor Christ in our work, we must work if we want to honor Him. We’re made to make.

Again, we don’t reign on earth as sovereign kings and queens, but we are poets and plumbers and pilots and parents. We do flavor and preserve and influence and shape the world. If you want to be a Christian doctor or nurse, we want you to know the skeletal, muscular, nervous, sensory, reproductive, digestive, circulatory, immune, respiratory, and endocrine systems. We also want you to know in your bones that God loves life. If you want to be a Christian lawyer–and why wouldn’t you?–we want you to know the true law, to love righteousness and hate evil. If you want to start a business or write books or build buildings, then believe that God is pleased with those who do such culture construction.

It is true, however, that all image-bearers are also the bearers of bad news. We are all mirrors of God’s glory, but we are also all broken mirrors due to sin. Sin is what ruins our plans and spoils our relationships. You will, at some point, prefer laziness to labor. You will choose to be angry with a classmate who disagrees with you, or a teacher who corrects you, rather than serve or learn. You will seek to grab rather than contribute. This happens because of sin. The reason the world is so messed up is because of sin.

But we have a Savior. It is of first importance that Christ died for our sins in accordance with the Scriptures, that he was buried, that he was raised on the third day in accordance with the Scriptures. This is the evangel. He saves us and is sanctifying us to be like Him, which includes enjoying and using all the things He has made. Math? He created the problems. Logic? He is the Logos. Poetry? His invented language and lovers and flowers and rhyme and rhythm. Biology, history, Engrade, recess soccer? He is Lord over them all.

One more thing. ECS is a training ground for cultural contributors. You will (hopefully) bear much fruit after you graduate. But you are also creating now. Working hard is never wasted. Loving one another now is loving one another. Confessing rather than covering sin is building, not destroying. The stakes are high, the Savior is great, the new school year is here. It’s not a simulation game. Let’s get to work.