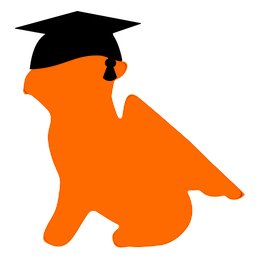 Good evening to our candidates for graduation, to their parents and families, to the Board and teachers at ECS, along with loved friends, supporters, and guests. How great is this?!

It is funny to think that when both Gabby and Kara were starting school in Kindergarten, ECS was still seven years away from becoming a school. The school was birthed when both of you entered your junior high years. Kara was one of the original twelve guinea raggants (if we can call them that), starting as a 7th grader, and Gabby during her freshman year. In some ways, both of you are more mature than the school.

It has been fun watching everyone grow up together, both of you as young women, along with your teachers, and even the book choices and curriculum offerings for secondary. Whether you know it or not, you have given us the great benefit of needing to figure more things out for you. Thank you for your patience, your work, and your endurance.

Last summer, after the school finished her fifth year, the Board decided on a mission statement.

This is a big deal, both in what it says and in what it does not say, and I’ll return to some of the ideas in a moment.

The year before that, when we came to commence our first graduating class, we decided that in order to graduate from ECS, a raggant must not only pass a certain number of classes but must also portray a certain set of character traits. These virtues are non-negotiable because they are, in many ways, eternally more important than your grades. In fact, grades are not mentioned in the mission statement at all, and we really mean that. Your grades in Algebra and Music and Omnibus and other classes do reflect parts of your character, so we’ve not done away with them, but our target for your education is too big for only five letters of the alphabet, plus or minus.

So we are interested in developing character, in doing our part to educate:

In other words, we are educating you toward Christian adulting. We—alongside your parents—hope and pray and work that you would be steady and giving makers who are grateful and laughing through it all so flagrantly as to make Grendel’s Mom mad. This is a large-hearted person ready for no end of callings, and I would like add a little bit more about what I hope your post-ECS raggant life looks like.

It would be the worst for you to leave here and think that you are finished. I don’t believe that to be the case for either of you two, but this is a Charge after all. You are finished with this stage of learning, and now is not the time to retreat from learning.

Don’t be satisfied with what you’ve learned. And because of what you’ve learned, you also should have better taste for what you’re being served. How can you possibly be content with anything false? Many fake news prophets have gone out into the world; test them. Be discontent with lies, including the deceitfulness of excuse-making. Be discontent with laziness, with tyranny, with ignorance, and I mean this about your own failures first. These are things that do not belong in a Christ-honoring culture. Do not carry any water for the sin of self-justification. Do not shut your eyes, or even wink, while rationalizations for your selfishness or bitterness are at work.

Demand, then, truth, diligence, liberty, and more learning, especially your own.

You have tasted something better. You can’t go back. You musn’t go back.

Peter wrote something similar to his readers about their tastes: “if indeed you have tasted that the Lord is good.” It is the good taste that makes one crave more of the truth. “Long for the pure spiritual milk that by it you may grow up into salvation,” into maturity. And though in context, the first set of sins must be put away first, it works in reverse as well. “Put away all malice and all deceit and hypocrisy and envy and all slander.” You won’t have an room for these. They won’t fit. You will have a better appetite. His Word and ways will be like honey to your tongue.

Your education so far has only been a launching pad, a kick in the plaid skirt. Now you need to go learn more. It’s time to go off the rails, not off the road of of righteousness, but off the rails of expecting others to lay the course ahead of you. You know some of what you know, and there is a lot more that you’ll find out you don’t know, and you’ve been given a taste and many tools for getting more.

A liberal arts education is for those who love liberty. Liberty is not easy, as you’ve read hundreds of pages about wars to gain or protect independence. You will not always feel happy. Wounds earned in battle can’t be healed lightly; a pedicure won’t fix trench foot. But you will be a better generation if you do not get content with easy conveniences and comforts.

Since Aristotle, men in the west have believed that liberal arts education was for those with leisure. Training for a job was training for slaves. That is not completely Kuyperian, since we believe that every lawful labor in the Lord is not in vain. But these questions still test the success of your schooling; what will you do when you have a day off? How will you spend your free time? When your bills are paid, what will you purchase (or go into debt for)? Will your understanding of fun and pleasure be like the world’s, or will you demand true truth and beautiful beauty? This is the point of your education: how you will spend your time after class?

Because Christ Jesus died and rose again, because of the evangel, this is a blessed new world. His sacrifice for sin frees us from slavery to lies and blindness and into truth and sight. You know. You see. “The god of this world has blinded the minds of the unbelievers to keep them from seeing the light of the gospel of the glory of Christ” (2 Corinthians 4:4). But “God, who said, ‘Let light shine out of darkness,’ has shone in our hearts to give the light of the knowledge of the glory of God in the face of Jesus Christ” (verse 6). You know the glory. How could you be happy with underhanded and ugly alternatives? Refuse refuse.

To be clear, this discontented and demanding spirit must not be driven by fussiness, which is selfishness, which is pride. It will only be a blessing if it is driven by faith, which is God-centered, which brings humility. And God blesses the humble.

So may you never be happy again unless that happiness, that blessedness, is from God and through Him and to Him.

Congratulations to both of you, Gabby and Kara. We give thanks to God for His work in you. It is now your charge to commend the works of the Lord to another generation so that they will carry and advance Christ-honor culture. Don’t be content with less.